Where DEFENSE is our middle name!

Leroy is an 8-year veteran of the U.S. Army Infantry, serving 2 tours in Afganistan and 2 tours in Iraq.  While serving with the 101st Airborne he served as an Automatic Weapons Gunner, Recon Scout, Team Leader, and Squad Leader.  Leroy was awarded the Combat Infantryman's Badge, Air Assault Wings, and the ARmy Accommodation Medal with Valor.  In 2009, Leroy was honorably discharged from the Service.

In 2011, Leroy became certified as an ACT 235 Lethal Weapons Security Officer.  Then in 2012, Leroy attended the Municipal Police Officer's Academy where he earned the position of Class Captain.  While attending the academy, Leroy was asked to help instruct the class in Tactical training, due to his extensive experience in Urban warefare.  After graduation, Leroy has been honorably serving in our local polica departments.

In 2013, Leroy received his Glock Armorer Certificate as well as his Taser Instructor Cerfication from Taser International, allowing him to certify local police officers in the proper use of the Taser.  Since then, Leroy has been asked to help intruct a Taser Certifcation class at the Municipal Police Officer's Academy.

In 2015, Leroy gradated from the Sonoran Desert Institute, with a certifcate in Advanced Gunsmithing.  Then in early 2016 Leroy received his NRA certification as a Basic Pistol Phase 2 Instructor, enhancing his ability to share his passion of firearms and their safe handling and proper use, with everyone.  This is the year that Learn Defense Industries, LLC was founded.  In 2017, Leroy received certification from Simunitions enhancing his ability to teach force-on-force training.  He also earned a certificate from the National Institute of Justice in Firearms Examiner Training.

In 2018, Leroy changed departments and moved to a local city department. In 2020, Leroy attended "The Fight" with Tactical Response, located in Camden, Tennessee where he continued his simunition scenario-based training.  In 2021, Leroy was certified by the Pennsylvania State Police as a Municipal Firearms Instructor in Pistol, Shotgun, and Rifle. 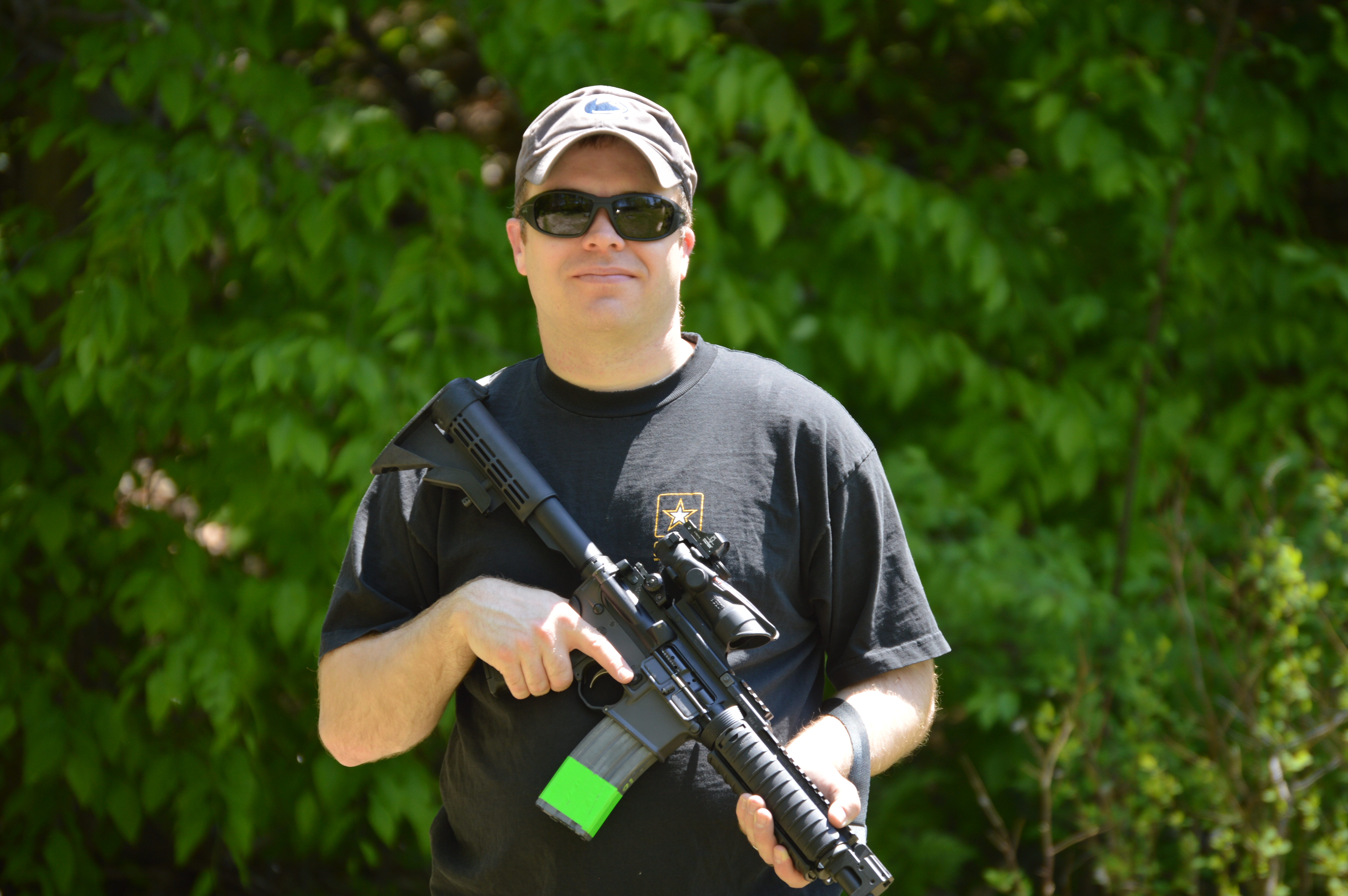 Here at Learn Defense Industries, you can expect to be treated with the utmost respect, no matter your level of experience with firearms or general self-defense situations.
The student-instructor ratio will never exceed an appropriate level, ensuring that all students receive one-on-one instructor time.
Our basic self-defense classes are geared towards a common-sense approach to a defensive situation. These classes are intended for those who want to learn how to defend themselves in a realistic environment.

The Learn Defense Industries logo comprises of 2 symbols from our founder's military service, as well as our philosophy for self-defense.
The Torii is an ancient Japanese symbol that the 187th Infantry Regiment adopted when after the conclusion of WWII occupied main island Japan.
The spade is the symbol that the 506th Parachute Infantry Regiment wore on their helmets during WWII. Our philosophy for defense is to first learn what one needs to be ready for and to take what they have learned and prepare themselves and their loved ones how to protect and defend their lives.

Many hotels are located nearby, to keep your travel time to the class at a minimum.